Fun with Bokeh and Christmas Lights 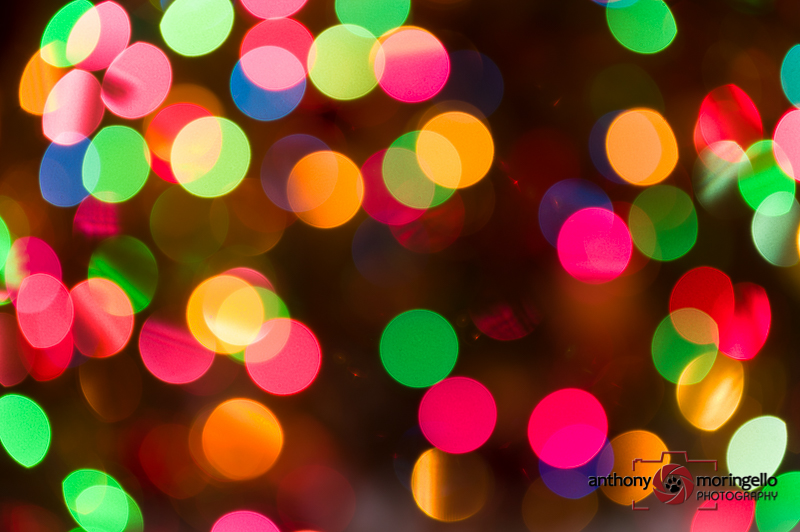 Boken is essentially the aesthetic quality of the the way the lens renders out-of-focus points of light. Although it is part of nearly every image to some degree it is often used to make spectacular images this time of year with Christmas lights.
The image to the right is an example of this common, if not over-used effect.


But with a little extra effort you can make something a little bit out of the ordinary.

All of these images were created form the same source, a plain lit Christmas Tree like the image on the left.
The image on the right is the most basic example.  One  simply puts the lens at a wide-open f-stop and racked to the far end of focus such as to get maximum blur.  A combination of long focal length, large aperture (f2.8 is good, f1.4 is even better) and being closer to the subject will cause even greater blur. This image was done at roughly 80 mm at f2.8. 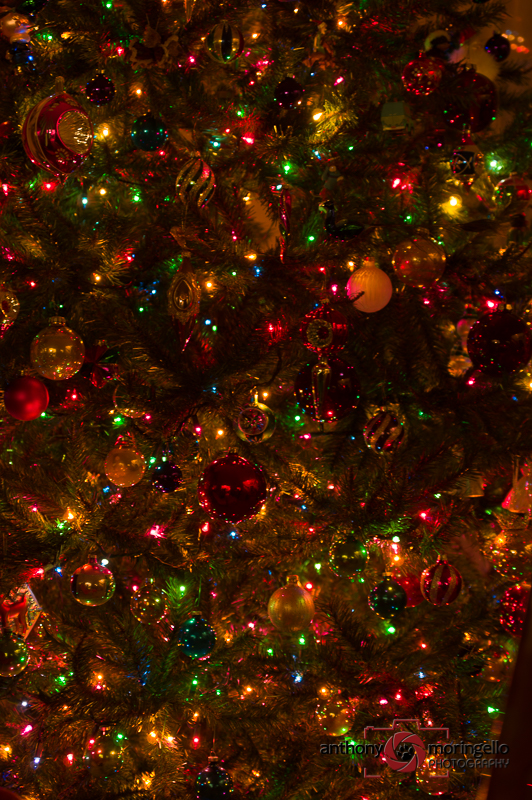 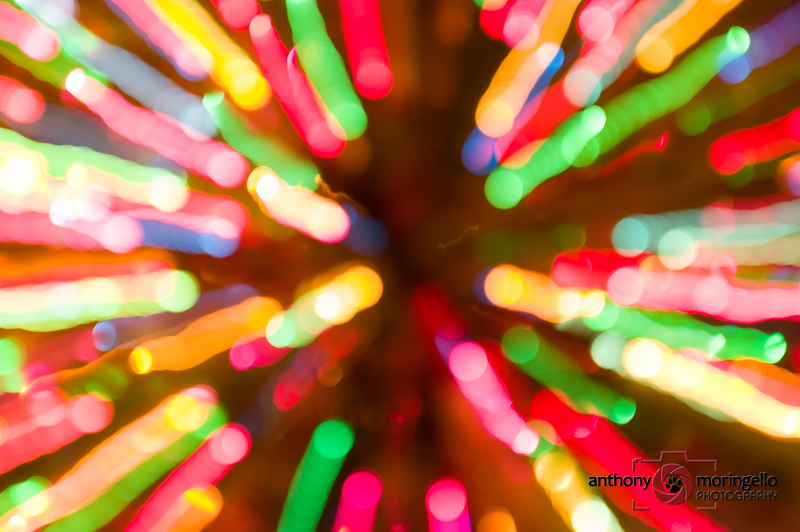 No reason to stop there. Once you get a nice Bokeh effect, try something a little different like adjusting the zoom ring while taking the photo.

These photos are often taken in low light with relatively long exposures. This gives plenty of time to adjust the zoom during the exposure. 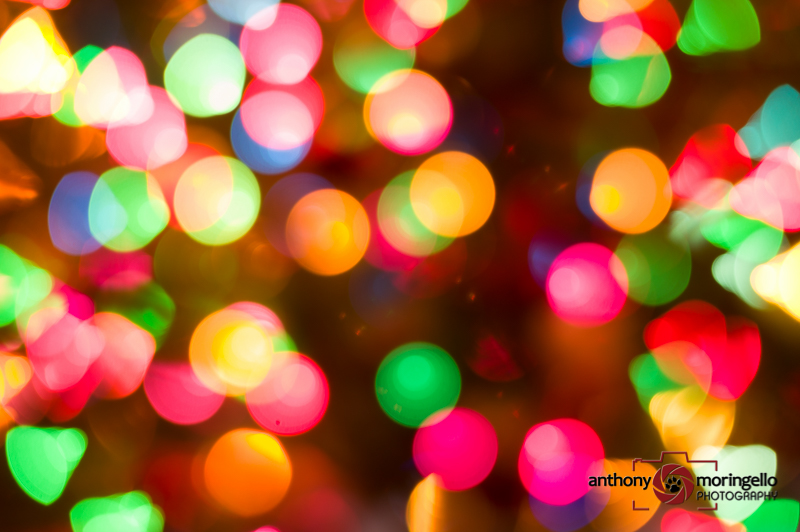 You can also adjust the focus during the exposure. This causes a blooming effect as the size of the Bokeh changes with the focus depth.

Keep this trick in mind next time you photograph fireworks.  It can give some amazingly unusual effects that people do not often see.


Finally, with some careful dexterity, adjust both the focus and the zoom at the same time. Causing both the bloom and zoom effects.  Varying the speed at which you adjust each ring, no two images will be quite the same.

Take some time to relax by the tree this season and have some fun finding creative ways to show those extraordinary displays of lights. 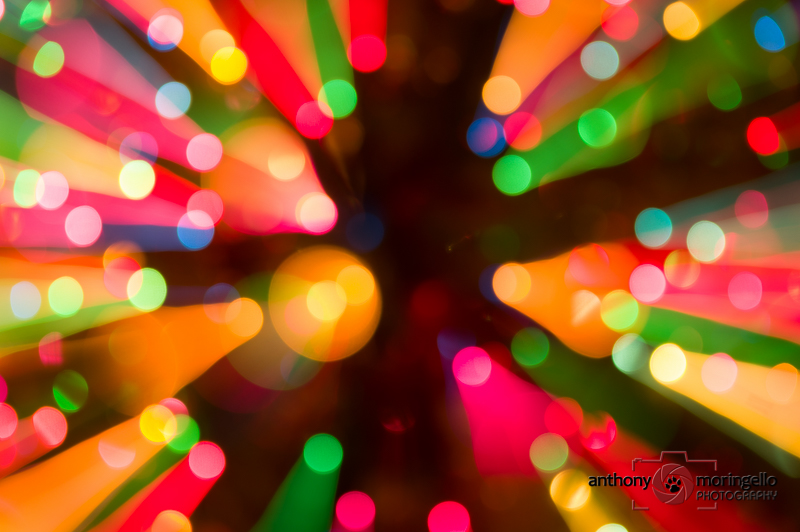 Posted by Anthony Moringello at 8:41 PM